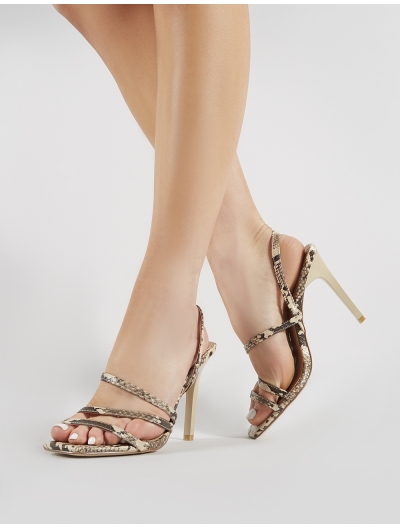 Meher felt uneasy, she turned to her side, trying to shield her ears with her cushion. Words that fell on her ears sounded like noise. She tried hard to sleep. But the dreams that filled her eyes and mind were disturbing. She didn’t see her fairy angel this time.

She woke up startled, and started kicking, trying to grab attention. Like always, kicking did not go unnoticed. Meher felt the pat and heard those magical words, “hey baby, so you are awake. Don’t worry, mamma is here. Are you hungry?”. Meher kicked again. “I knew” a pat with a chuckle. “You know what, mamma is hungry too. Lets eat something sweet”.

Meher felt content, and she dozed off in dreams coated with the sweetness of her mother’s words! “Mother’s womb is such a beautiful place to be”, she thought. But what was that noise?

Meher’s entry to the world was marked with bitter and sweet moments. At the age of 2, she was judged for being short, like her mother. At 5, she was advised to practice wearing heels when she grows up, if she wanted to grab a good husband. At 9, she was made fun of, for being the shortest girl in her class. “Nobody can see you”, everyone would laugh at her.

She would come crying to her mom, “Why am I not tall like other girls mamma? Why is being visible so important?. Her mamma had no answers, she was advised to eat protein rich diet during her pregnancy to have a tall baby. Meher was judged even before she was born. All her mamma could say was, “Don’t worry baby, mamma is here. I will buy you a beautiful pair of heels and then you will also be visible”.

At the age of 12, heels became Meher’s best friend. She wore them like a pro, blocks, stilettos, cone…she adored her heels for giving her, that much needed visibility.

At 13, she was hit by lightening. Her heels would not be able to help her anymore. She was covered from tip to toe in a black naqab. “Why were they all so worried about my height, if all they wanted was to cover me up?” she complained. She wanted to rebel, but her mamma stopped her. “It will not help you Meher. Find your own heels, and then everyone will see you”.

She found solace in books and read as much as she could. Meher was a natural at stage, an extempore speaker. Her voice would wake up the most sleepy heads in an auditorium. The shortest girl of the class started representing her school in debates.

College was a dream come true, she took a bold step to change her naqab into a hijab, but heels still remained her favorite. Now she had a face and also those heels, to make her stand out in the crowd. She was visible enough. Meher became an integral part of drama and oratory club. Her dream was to be a great orator, and she chose an idol for her. “I would be like him, one day”, she promised herself secretly.

“Hey Meher, director is calling you”, her friend called. Meher rushed towards the director’s room. She had good grades and she was outstanding at extracurricular activities, so there was nothing to worry about. “May be, there is an event coming up and they want me to compere for it” she guessed.

“Hello Sir, did you call me?” she opened the shaded glass door of director’s room after knocking once.

“Yes, Meher, please come in. I wanted to talk to you about an event”, director declared.

So she was right. She sinked into the chair and listened attentively.

“We have a special guest coming in next week and we want you to plan out a 2 hour program. It should be based on nationality, challenges of current generation and the changes that your generation want to see around you. I want you to take the lead. You can plan it as a drama or musical but you should speak about a topic. You will be the first student to meet our guest and also take a short interview”.

“Sure sir, who is the guest? I will prepare the interview questions accordingly”. Meher inquired.

“I can’t reveal that as its confidential. Don’t worry, I am confident that you won’t have any trouble framing your questions as soon as you meet him”, director smiled and indicated her to start with the preparation.

The college was buzzing with activity. Meher chose to wear sleek golden stilettos for the occasion. Guest had arrived. She hurried towards director’s room and knocked, “May I come in Sir”.

One look at the guest, made her go weak in her knees. She stumbled in her heels, getting engulfed in his aura. Her ankle twisted bringing her back to her senses, and she said, “Sorry Sir, I mean, Hello sir, its a privilege to meet you”. Interview went on for half an hour and she felt captured. Captured in his enigma. Her idol was sitting in front of her, answering her stupid questions.

“You have a great voice Meher. And you are extremely well informed. You would be a great orator one day.” he paused for a second and they said, “And your heels are beautiful”, he laughed out loud.

“Lets go to the auditorium for the cultural program sir”, Director said and Meher followed them.

She had to make an opening speech, the topic she had chosen was close to her heart, about her favorite heels. Meher walked on to the stage, stared down at her feet and stepped out of her stilettos. 4 inches shorter Meher stepped forward and opened her speech, all eyes curiously glued on to her.

“Hi everyone, can you hear me?”. A loud uproar echoed in the auditorium.

“Can you see me?”, audience burst out laughing.