“Mamma, I want this! You have to buy me this toy Papa” Aman was shouting at the top of his voice.

Everyone in the store was staring at him and his parents, Simran & Sanjay. Simran picked up the toy box and checked its price.

She turned towards Sanjay and said, its just 2000 Rs, let him have it. Sanjay also did not have any issues, after all, his son should have it all. He immediately put the toy in their shopping cart and moved ahead. Aman was ecstatic.

As soon as they reached home, Aman tore open the cover of the toy and started playing with it. It was a block game, but an advanced version of it. He started making an airplane from the blocks. After few futile attempts of getting the wings right, he got frustrated and threw away the blogs in all directions. “What kind of blocks are these, I am not even able to make wings. I don’t want it” Aman started crying.

“Its OK baby, we will get you a new one, a bigger one” Simran consoled her only son. Nobody bothered to even pick up the scattered blocks.

In the evening, Aman & Simran head out for their park time. Aman was busy playing with his friends while Simran was walking with her friends. She told the block game story to me and I immediately asked her, “Why did you even buy that toy for Aman? I would never have done that? Kids want everything but as parents we have to decide if they really need it or not”

“C’mon, he is our only son and why are we working so hard? For him, so that he can have a comfortable life? If we can’t even buy him a toy that he wants, then what is the point in earning so much?” Simran retorted to my reaction. I wanted to fight back but decided against it. This is not the first time I have heard these words or seen parents becoming slaves to their kids’ unjustified demands.

Or rather parents are falling prey to their own childhood wishes. As a kid, I always wanted to learn swimming, and had no means because their was no swimming pool in our town. Today when my son somersaults in pool , I see myself in him and feel content. A friend told me that as a kid she always wanted to have a barbie doll and so now her daughter has piles of Barbies. Another friend always had a craze for crocs and so when he bought the first pair of crocs for his son, he felt as if his dream has come true.

It got me thinking, why do we want our kids to have it all, the things that we couldn’t have? Are we trying to prove that we are more capable than our parents? Or is it the twinkle in our child’s eyes that makes us give them everything they demand. Or in our childhood we have so often yearned for something that we can’t stand our kids “longing for anything”.

Looking at my childhood, one day that was very special to me was my birthday. Ah, my birthday! Even the thought makes me smile. I was crazy about it. As soon as the calendar for next year would come, I would first check the day my birthday was falling. It gave me so much of happiness, not sure why, because we never had a birthday party. I always had mid-term exams on my birthday, but still it was a very special day for me. My parents and my brother would wish me, first thing in the morning, relatives and cousins would call and I was chirping the entire day, jumping from one corner to another saying, “its my birthday” at definite intervals. Mom would make my favorite food, Papa would come home a little earlier and my brother would just keep smiling at my happiness. There were no gifts wanted or given. BUT there was a lot of love, motherly love, fatherly love, brotherly love, name it and I had it.

All special occasions, festivals were marked with festivities and not shopping and gifting. On Diwali, my dad would ask us to go around to neighboring shops and offer sweets to everyone. On Holi, it was about making “tolis” and not about wearing white clothes and getting into colored swimming pool.

I still remember summers of May & June when I would cycle from school, carrying the heavy school bag, face red due to extreme heat and my parents were neither worried about the weight of my bag nor my complexion.

And only today, my son complained how heavy his bag was. He couldn’t even carry it from apartment gate to the lift which are hardly 20 meters apart. When I protested that he should carry his own bag, I got “what kind of mom is she” looks from other mommies and daddies. I gave in !!

Why are we underestimating our kids in all aspects of life? Whether its slight manual task like carrying schoolbags, emotional turmoil of handling fights or failures or yearning for a toy, we parents are always at their rescue. We do not let anyone (read anyone), scold our kids, or teach them the right thing to do. “Every child is different, we have to let them be” is what I hear from so many parents, who feel disciplining their child will restrict her/hers’ imaginative skills.

For me, bullying, bad language, troubling other kids, are definitely not imaginative skills. But again, I don’t have rights to discipline or scold any child other than mine. So I let them be.

Now coming to why is this change happening, in parents and kids? Kids are not to be blamed, because they are just exploring the options being given to them and who wouldn’t? So it all boils down to us, parents and I found some examples around me.

Well I can keep writing….its again a vast topic. The way parenting is happening these days, it imposes serious problems for the future of our children, the same future which we are working so hard to secure. I once read an article that our parents had only one option, to work hard and make a life for themselves, so they focused on supporting their families. We had better options and financially stable background, thanks to our parents, and so we could widen our horizons. And our kids have an ocean to explore, but we are restricting them from taking steps, dreaming, yearning because we are too scared to loose them to the waves. In our quest to make our children’s life blissful, we are forgetting that “falling” is that essential part of life without which “walking” has no meaning.

For every mom & dad, children are their sunshine, but Sun shines only when it burns….are our kids truly shining like Sun? 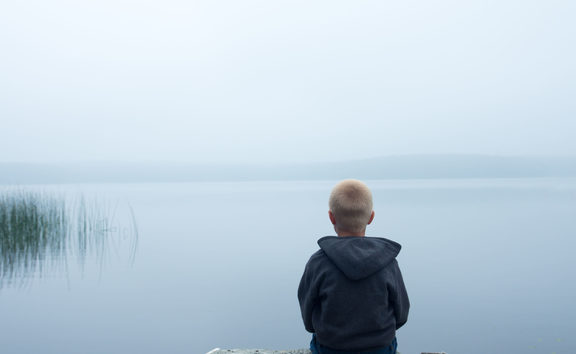