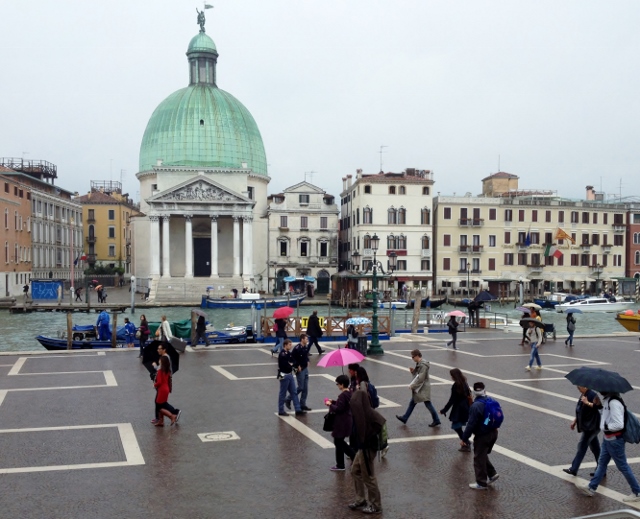 “When you really want something to happen, the whole world conspires to help you achieve it.”
― Paulo Coelho

Few days back I was pondering over a question regarding this famous quote. How does one know whether he is aspiring for the right thing or not.

So I asked this question on the open forum of face book.

Within minutes, I received numerous responses from friends and family. However, I didn’t seem to get my answer.

After some more days of soul searching, I found my answer.

As a school kid, I once read the famous story of “Merchant of Venice”. “Venice” was the only thing that held my curiosity and I decided to approach my father to know more.

I do not remember what he told me about Venice except for the fact that, “The city was on water”. In that moment, I replied without thinking, “ I will go there one day”. And in my mind I added, “on my own”.

Europe trips are very common these days, especially for IT professionals but back then, for a small town girl from a middle class family, it was an unachievable dream.

However, if I look back now, even then when I had no means or way to fulfill my dream, I still thought of “Venice” every single day.

Today I realize that whatever happened in my life there after was only to fulfill my aspiration.

I wanted to be a doctor, but was destined to be an engineer.

I was initially working for American clients and was supposed to travel to US but fate had to play a role and I was suddenly moved to work for European clients.

That’s when I realized I was getting closer to my dream. However after few more years, my mind started questioning its theory.

And then as if it was destined to happen, I got an opportunity to go to Europe.

It was the most difficult decision of my life, as now, I was not only married but also had a 2 year old kid.

But there was no holding back, I knew this was my opportunity.

When I reached Europe, I started getting mixed reviews about Venice. Some said that it’s one of the most beautiful place of the world and some called it a waste place to visit.

I was a little apprehensive about visiting Venice now. I didn’t want to be disappointed about my dream destination. But I also didn’t want to go back without even seeing the place.

So the tickets were booked.

When I stepped out of St. Lucia railway station and had the first look of “City on Water”, I knew, “being able to see Venice…on my own” was the only thing that I had wanted in my life till then. It was true!!! City was indeed on water and that feeling itself is mesmerizing. And I spent my entire money to describe this to my father. He was right, it was on water. Oh, that feeling was out of the world. I felt like a small girl again who had just got her favorite doll (just for your information, that I never played with a doll, was always more inclined towards breaking my dolls)

Weather beauty of Venice is comparable to Eiffel Tower of Paris is all together a different question and it didn’t bother me much. After all, I had not seen Eiffel Tower till then.

I realized that everything that I had ever wanted before like, studying to be a professional, being independent, being able to work, and several other things were all meant to fulfill my dream.

It may sound stupid for some readers that how can “visiting a place” be wanted so badly. But that’s how it is.

The feeling when I stepped on to the soils of Venice cannot be put into words and that scene can never be forgotten.

I can only say that If you have ever felt this way, then you have achieved what you wanted in life.

And if you have not, then the world is still conspiring for you OR you are not aspiring for the right thing.

However, question here is “Have you really wanted something in life?”.

PS: This blog was originally posted on my old blog: http://thelhour.blogspot.com/2015/07/have-you-really-wanted-something-in-life.html